During a U.S. Senate Special Committee on Aging hearing on the Complex Web of Prescription Drug Prices, McSally asked Principal Deputy Administrator & Director Of The Center For Medicare Demetrios Kouzoukas for a progress report on any tools that allow consumers to compare prescription drug prices before purchasing. 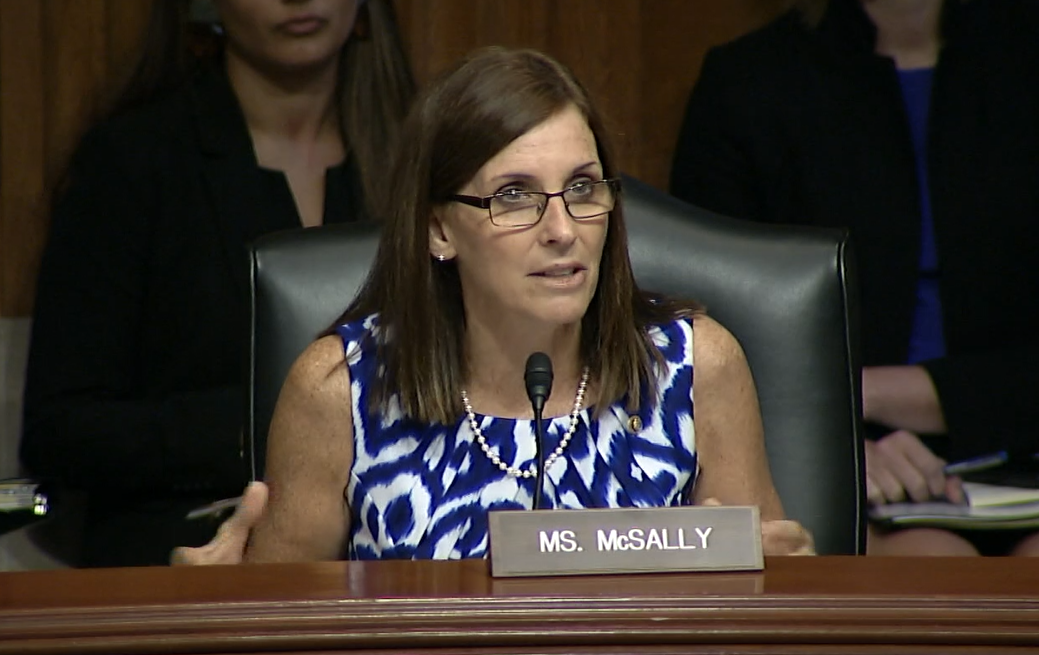 “My office recently heard from a woman from Lake Havasu who suffers from rheumatoid arthritis,” McSally said. “Her prescription costs are approximately $5,000 per month which is obviously too much for most people to afford or her to afford. She’s decided she can no longer fill these prescriptions and continues to go without the medicine that she needs. She says that she carries on with a good attitude, but this is really unacceptable that we’re leaving patients with no choice but to stop taking their prescribed medications.

“We’ve seen reports this year that 3 out of 10 adults report not filling their prescriptions solely due to cost. So Mr. Kouzoukas, in your testimony you state that under Medicare’s Part D new rule there would be a requirement that real-time benefit tools that are capable of providing patients with real-time information for their out-of-pocket costs for prescription drugs would be available at the time the prescription is written. Can you get into further detail about some of the tools and how they would be implemented for that real-time information, and will the rule ensure pharmacies to disclose lower cash costs?”

Principal Deputy Administrator & Director Of The Center For Medicare Demetrios Kouzoukas responded: “I’m so delighted that you asked me about that… This is a very important part because it goes to that very conversation that the patient and doctor are having at the very point that the patient is deciding what it is they need and working with their doctor. And then in that moment, when you get handed a prescription from the doctor—you wonder, ‘How much is this going to cost me? Is it even covered?’ Sometimes you ask the doctor and the doctor doesn’t know. What this requirement is in Part D is that the plans have a system by which the doctor can access it through their EHR (electronic health record)—at least one EHR has to be compatible with this tool—and what are the alternatives? It’s really critical that it’s happening with the doctors there because then, they can clinically discern what kind of medicine is another alternative. I feel that’s going to change the dialogue at that most basic interaction and it has great promise.”