“Native American communities, particularly indigenous women, face much higher rates of violence versus the national average. Alarmingly, law enforcement officials in Indian Country often lack access to the data and resources necessary to prosecute and prevent these crimes. We must do more to ensure public safety in our Native communities. This is why I am proud to work with my colleagues on the Senate Indian Affairs Committee on legislation to give tribal law enforcement the tools they need by expanding access to federal criminal data bases, streamlining recruitment and retention procedures, and supporting best practices for investigating and prosecuting cases in Indian country,” said U.S. Senator Martha McSally.

“Women are the pillars of a family and when they are taken from us, the impact of that loss echoes through generations. The Trump Administration is committed to partnering with American Indian and Alaska Native communities to better ensure safety and economic prosperity in Indian Country so that families and communities may thrive and endure,” said Kate MacGregor, DOI Deputy Chief of Staff exercising the authority of Deputy Secretary.

“Today was about hearing from tribal leadership, Indian Country, advocates, and communities,” said Tara Sweeney, Assistant Secretary for Indian Affairs. “This is a priority for the Department and the Trump Administration. We need to stop the escalating cycle of violence for our Native communities.”

“At HHS’ Administration for Children and Families, I have been working with our Office of Trafficking in Persons, Children’s Bureau and Family and Youth Services Bureau to address this important issue. Through our programs, we are bringing awareness to human trafficking victims, runaway and homeless youth, domestic violence victims and children living in foster care who may have a higher risk to becoming part of the tragic reality of missing and murdered indigenous people,” said Jeannie Hovland, Deputy Assistant Secretary for Native Americans and Commissioner of the Administration on Native Americans. “We know these are some of our most vulnerable populations, and our administration is committed to ending this tragedy.”

“The Gila River Indian Community was honored to host this important discussion on ‘Reclaiming our Native Communities.’ The safety of our tribal citizens is the responsibility of all of our governments – tribal, state and federal. We are encouraged that Assistant Secretary Sweeney and [exercising the authority of the] Deputy Secretary MacGregor have decided to make domestic violence prevention, solutions to our missing and murdered Native Americans and reinvigorating examination of unresolved cold cases a priority and shine a light on policies and programs that are working well as well as place a focus on gaps that need to be addressed. We are looking forward to working with the Administration as they take the next steps on this important initiative,” said Stephen Lewis, Gila River Indian Community Governor.

“I am honored to have been included in this important roundtable discussion to begin the conversation about our murdered and missing relatives. I look forward to continued dialogue which leads to meaningful action to ensure safety and accountability on these issues,” said Nicole Matthews, Director for Minnesota Indian Sexual Assault Coalition Executive.

Prior to the roundtable, Assistant Secretary Sweeney and MacGregor toured On Eagle’s Wings, a domestic violence shelter with Governor Lewis.

President Trump’s proclamation read: “Ending the violence that disproportionately affects American Indian and Alaska Native communities is imperative. Under my Administration, Federal agencies are working more comprehensively and more collaboratively to address violent crime in Indian country, to recover the American Indian and Alaska Native women and children who have gone missing, and to find justice for those who have been murdered.” 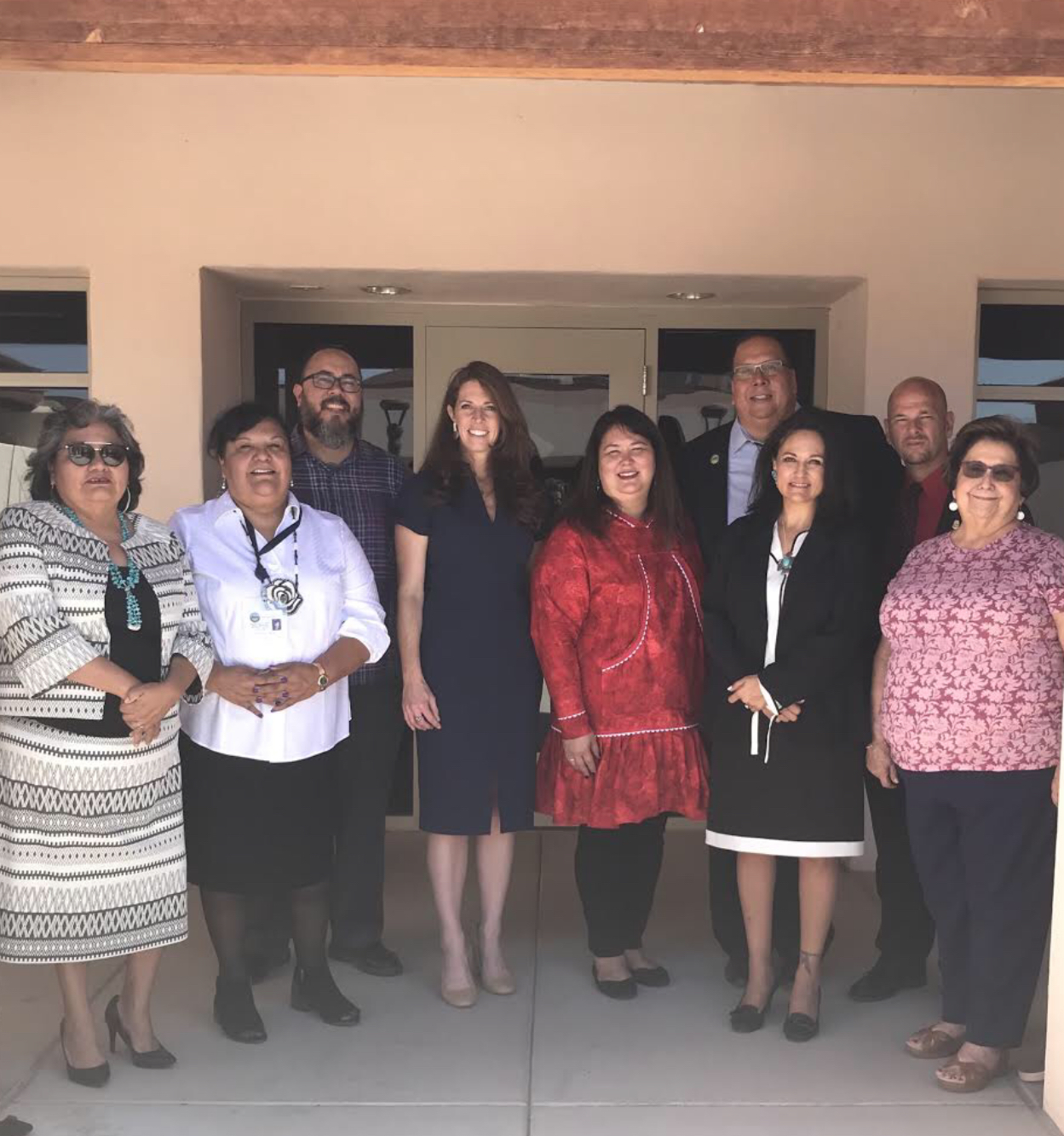 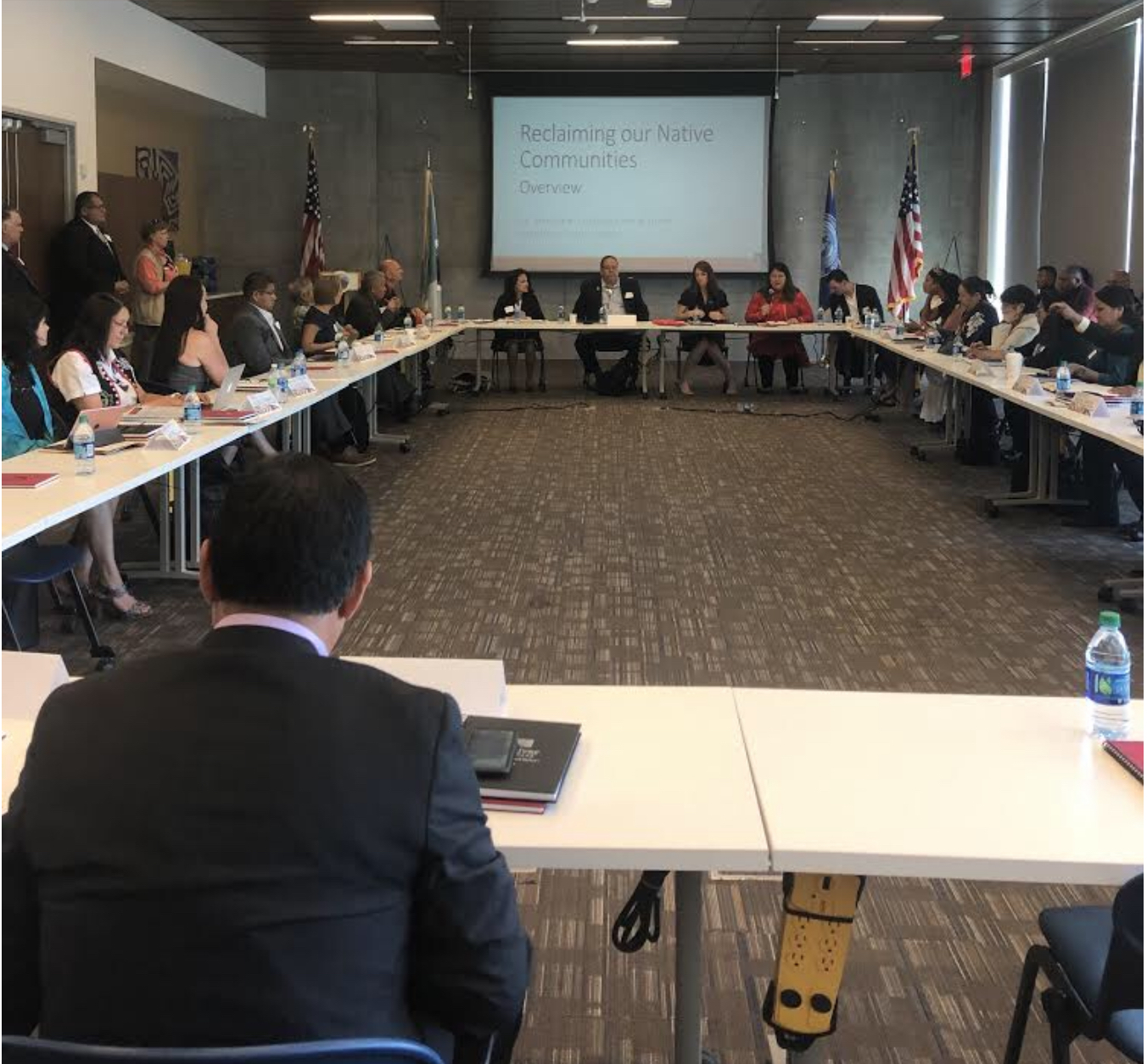 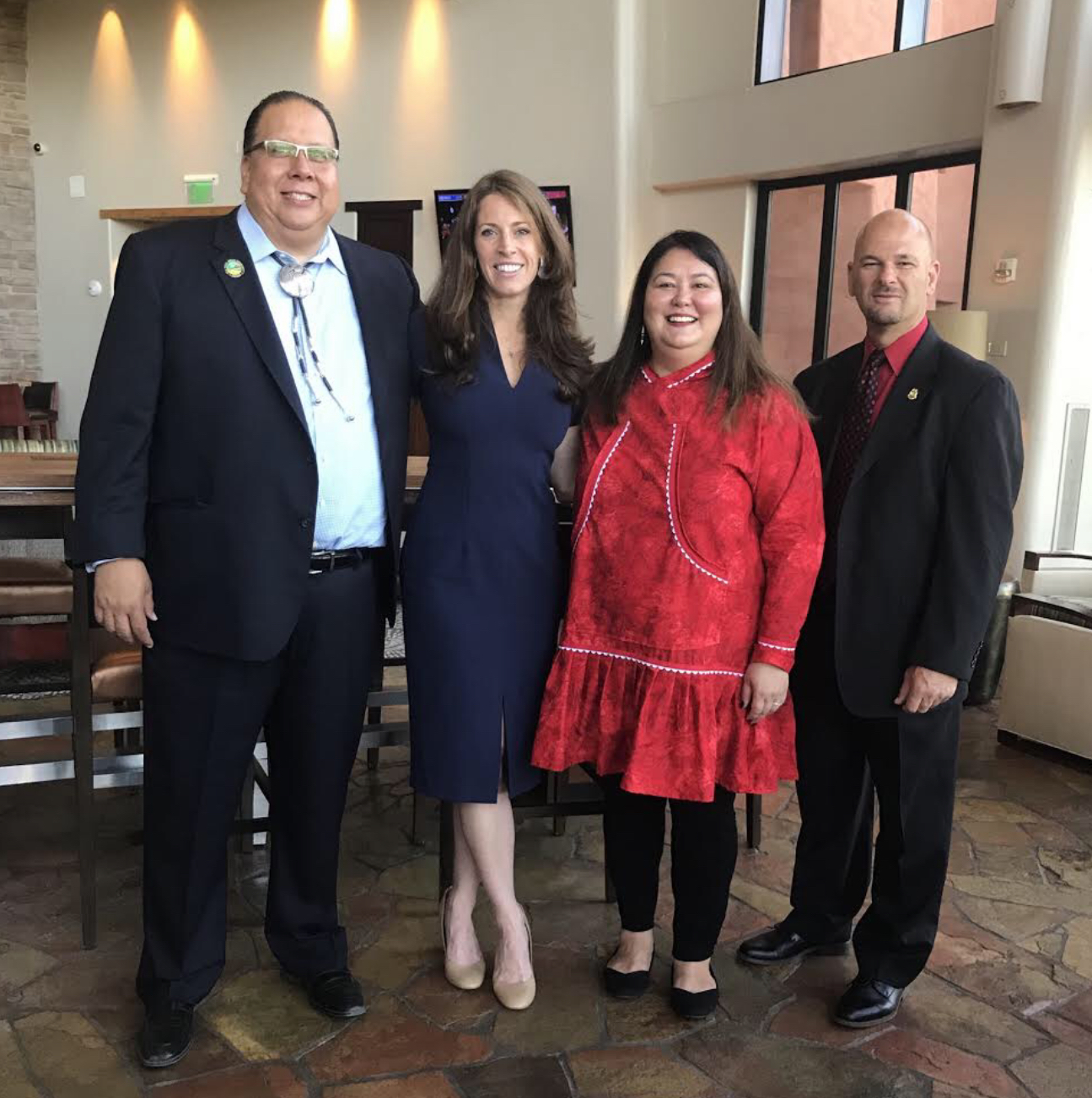